With Croft Manor’s extensive facilities at her disposal, it’s no wonder that Lara has honed her gymnastic skills to Olympian levels. From conception, Lara Croft was created with athleticism in mind, outfitted in a leotard, long braid, and utilitarian boots. Over time Lara’s skills waxed and waned, changing as new mechanics diversified her abilities, and, conversely, when the reboot traded showmanship for scrappy combat & grounded traversal.

In the early Core Design games, walking, running, jumping, and shimmying were all staples of traversal, while Lara’s flips, handstands, and swan dives added stylistic flourish. Lara’s impressive athletic abilities were then taken to the next level in the Legend, Anniversary, and Underworld trilogy. The player could string together multiple moves in flashy combos. Much of the believability in Lara’s Underworld performance came from the use of motion capture, in which Olympic gymnast Heidi Moneymaker stepped into Lara’s boots.

The Tomb Raider reboot in 2013 saw Lara’s moves streamlined to compliment the more grounded storyline. While still very physically capable, she was designed to feel more like an underdog, making her successes that much more impressive.

Check out some of Lara’s most iconic moves below. 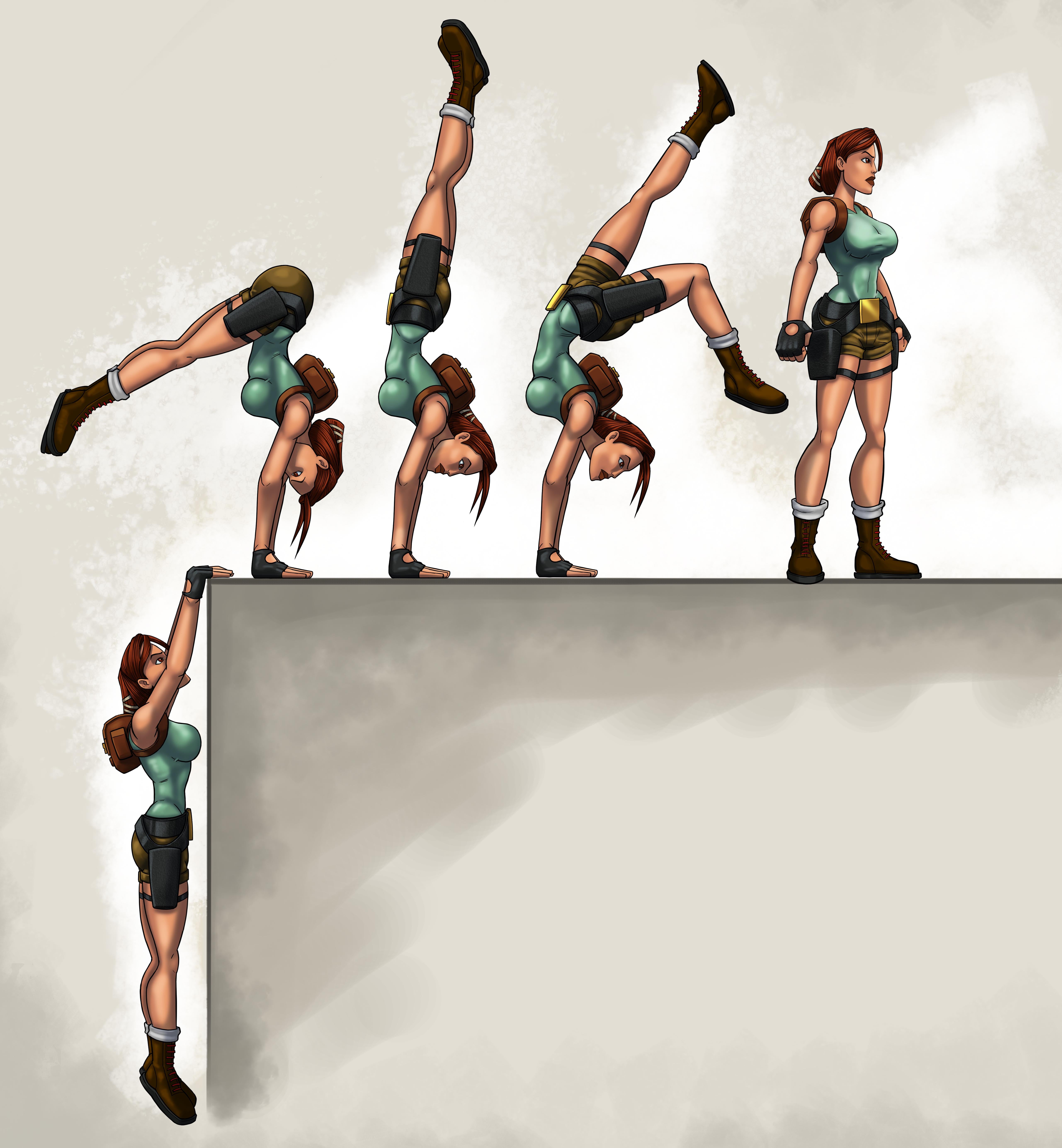 Illustrations by Daz Tibbles for 20 Years of Tomb Raider.