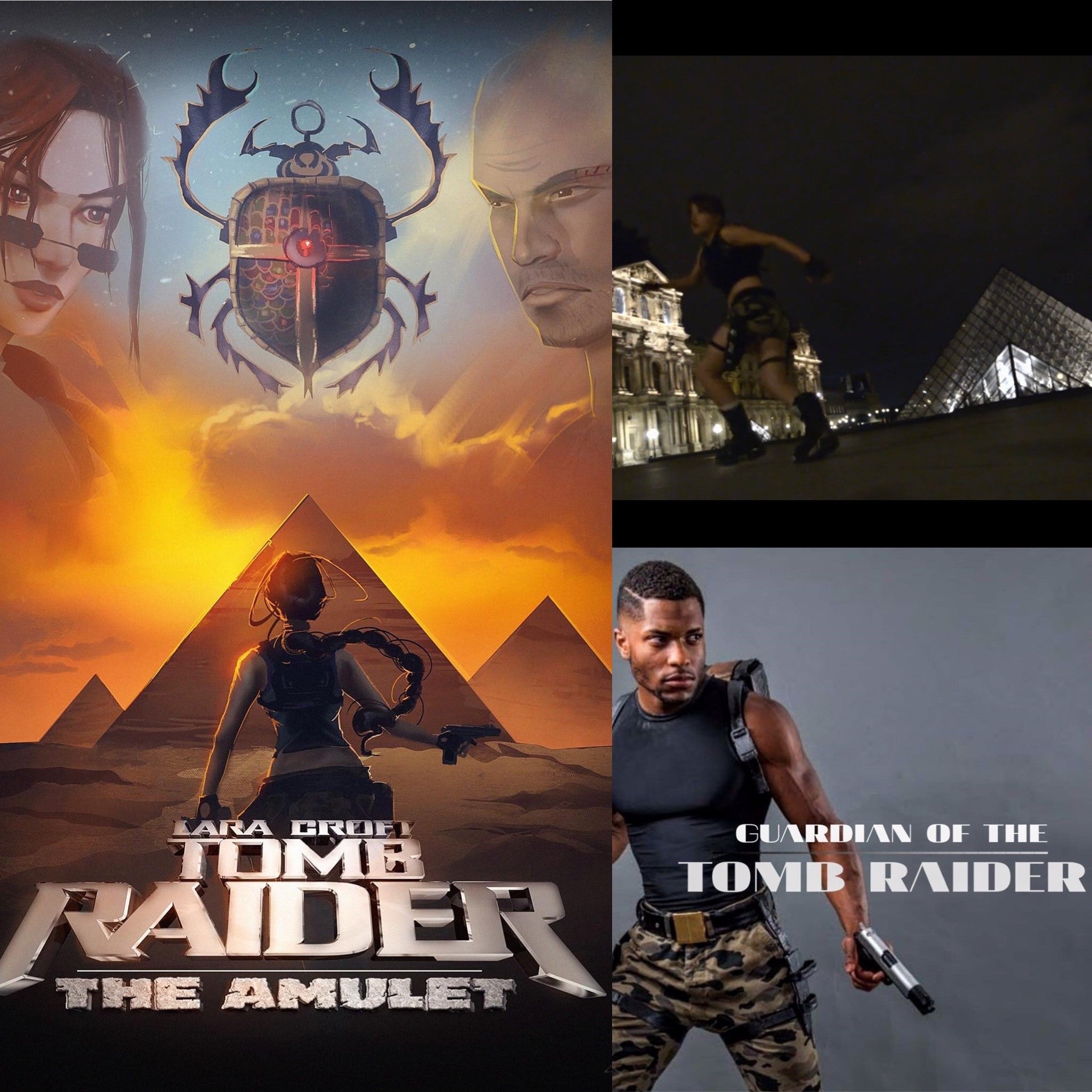 Hello, raiders! Kate here again! It’s time for more fan films and we have some truly unique pieces to share with you this month. It’s July (which happens to be my birthday month) and we are of course celebrating a game that  remains a fan favourite to this day, “Angel of Darkness”. This was Tomb Raider’s first entry into next gen. With it, came a whole new, darker world and a  darker Lara to match it.

Seemingly back from the dead, Lara is forced to go on the run when she is framed for murder and  we see glimpses of the wealth of lore intended for a trilogy written by Murti Schofield. Here is a selection of films inspired by Schofield’s work.

Upon escaping The Louvre, Lara is pursued by French police.

Before I continue, I’d like to take a moment to say a huge thank you to Vincent Zafra of Illusion  Story Studios for rereleasing this online so we could include it here today. When I was first asked to do these monthly features, this film was one that immediately came to  mind. It had cinema quality production with the stunning Louvre Galleries at night as it’s  backdrop!

The micro short was originally created for the Paris Games Week Video Contest 10 years ago for  which participants were asked to recreate one minute of their favourite game. Already living in Paris, it was the perfect opportunity to pay tribute to the iconic Louvre levels and  Zafra recruited some local cosplayers, including Lili Dîn to play Lara Croft.

Having such a short runtime to work with and hardly any dialogue, the team still managed to tell  their story well. Of course I also have to mention that gun snatch! Their hard work paid off as I believe it won first place.

Croft tracks down an ancient map being kept hidden by a mysterious organisation, a map that  shows the location of a powerful sword. DJ’s love of classic Tomb Raider is very evident in all of his work. This is the second of five fan  films he has created, including a trailer to celebrate the 25th anniversary. What I liked most about this one would have to be the locations which were very well chosen and  the detail in the costumes. To see DJ’s other films and cosplay tutorials, check out his YouTube channel.

I wanted to end with a very special project that was released just in time for the AOD celebrations. For the last two years, filmmaker and longtime Tomb Raider fan, Augustin Medina has been  crafting a story that would give an answer to how Lara survived the events of “The Last  Revelation” - a question that many fans have been asking over the years. The idea was inspired by a deleted scene from AOD where we were introduced to a Shaman  named Putai who we would learn that, with the help of her tribe, rescued Lara from the pyramid  and brought her back to health.

Medina’s vision was beautifully created with the aid of “The Sims 2” engine. French fans will have  immediately recognised Françoise Cadol’s name as she provided the French voice of Lara for all  the games prior to the most recent trilogy, including the “Lara Croft” games and Angelina Jolie’s dub in the original Tomb Raider films. Cadol reprised her role for this project which gave it even  more authenticity and blended the story perfectly between the two games. It is, without a doubt, a must see for every Tomb Raider fan! English subtitles are also available.