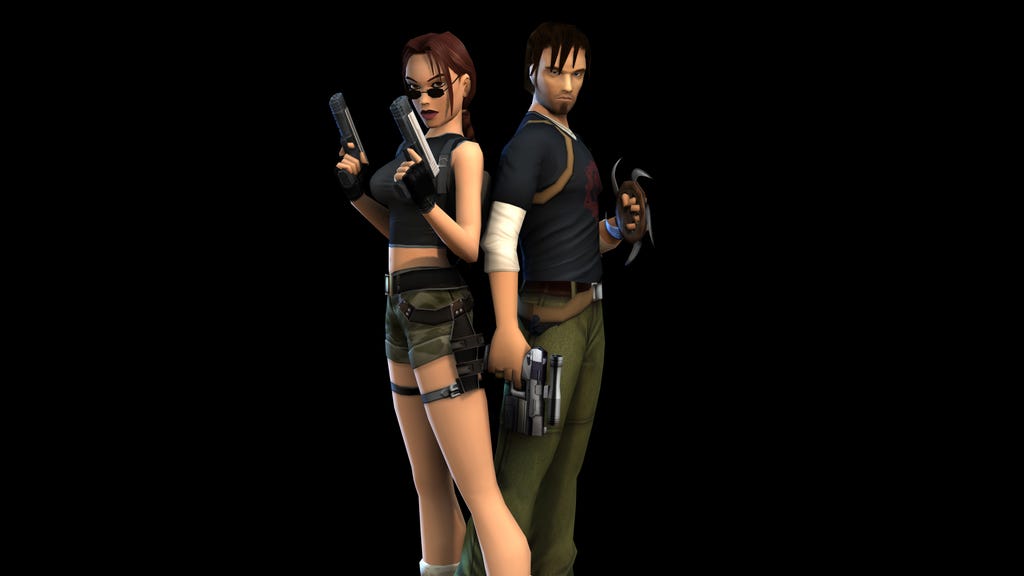 How well do you remember The Angel of Darkness, ma chère?

Test your memory of Lara's dark and twisted adventure through Paris and Prague with another one of our crossword puzzles! The puzzle solutions are below, but we guarantee you'll "feel stronger now" if you can solve it on your own. 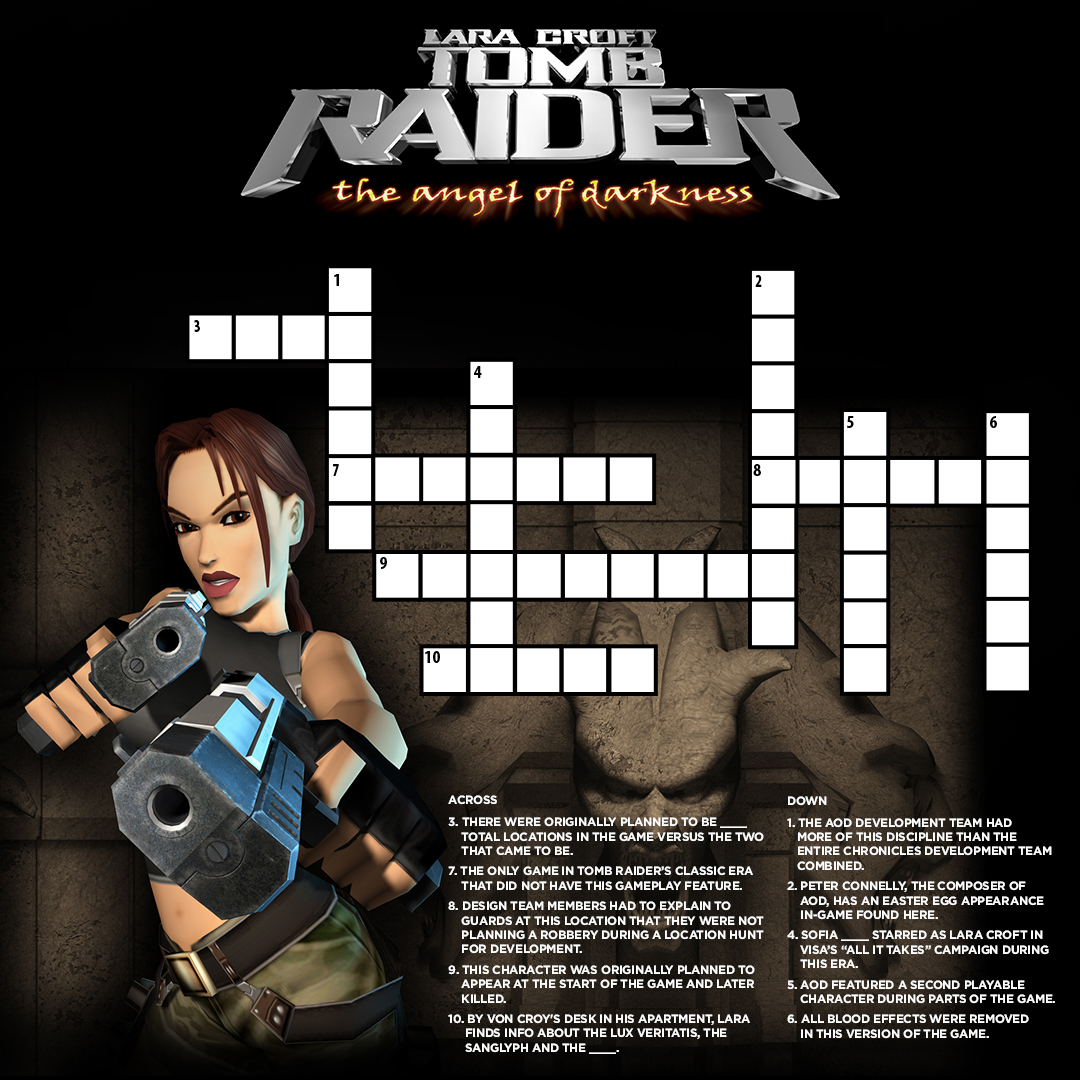 3. There were originally planned to be ______ total locations in the game versus the two that came to be.

7. The only game in Tomb Raider's Classic Era that did not have this gameplay feature.

8. Design team members had to explain to guards at this location that they were not planning a robbery during a location hunt for development.

9. This character was originally planned to appear at the start of the game and later killed.

5. AOD featured this second playable character during parts of the game.

6. All blood effects were removed in this version of the game.

Here is the puzzle solution! 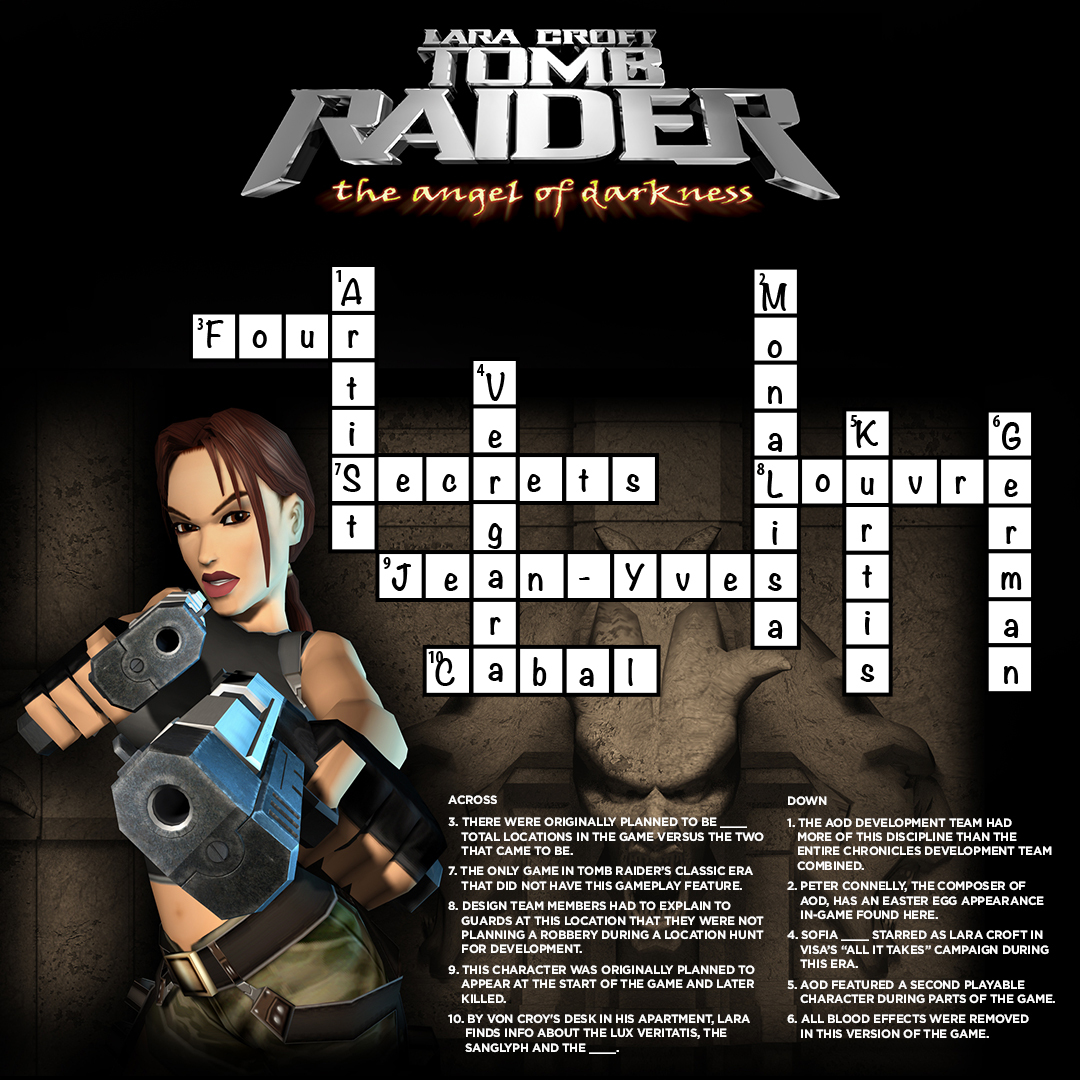