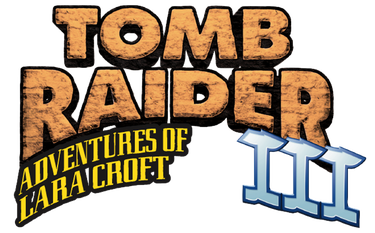 Hi everyone! My name is Kate Sykes. I’m a cosplayer, ﬁlmmaker and a life long Tomb Raider fan.

I run one of the oﬃcial fansites called “The Digger’s Daughter” and I was also lucky enough to be a cosplay ambassador back in 2016.

Today, I’m excited to be discussing something I’m very passionate about, and that is fan ﬁlms!

As someone who loves ﬁlm and storytelling, I’m always excited to see fans giving back to the community by sharing their own take on the franchise they love.

Each month, I’m going to be highlighting fan ﬁlms that are, in some way, inspired by the game of the month.

For Tomb Raider 1, this was the obvious choice as you can probably tell by the title alone. Anna Tyrie will be a familiar name to fans as she has now played the role of Lara three times, which I’ll talk more about in a minute. This short ﬁlm is really impressive having a budget of just £1,000 and one day of ﬁlming. Everything from Tyrie’s performance and athleticism to the costume, location and CGI dinosaurs make it a wonderful tribute to one of the most iconic scenes in Tomb Raider history!

“Tomb Raider: Tears of the Dragon” (US)

Although not directly based on Tomb Raider II, the inﬂuences are clear to see in “Tears of the Dragon” in both the story and with some iconic moments from the game being paid homage to. Understood to be the ﬁrst Tomb Raider fan ﬁlm with production starting back in 2003, this ambitious project paved the way for the future of fan made ﬁlms. With a runtime of about 40 minutes, TOTG showcases incredible production value; from practical eﬀects such as pyrotechnics to a slew of diverse locations and mind blowing ﬁght sequences, it still stands up 15 years after its release as being one of the best (in my opinion)! Murphy explained in an interview with Meagan Marie for her book “20 Years of Tomb Raider: Digging Up the Past, Deﬁning the Future” that it became a community driven project with fans contributing from all over the world. That passion deﬁnitely shows through on screen. You can watch the video here.

So far, there aren’t any ﬁlms I’ve seen that take direct inspiration from Tomb Raider III but “Ascension” boasts some nostalgic scenes that took me right back to being 8 years old running around Croft Manor. I also just needed an excuse to share this ﬁlm. I remember the ﬁrst time I saw the trailer for this. I was 14 and had no idea what “fan ﬁlms” were. It blew me away! Seeing the ﬁlm in its entirety had a profound eﬀect on me. I realised it was possible to MAKE these things. I thought to myself “I want to do that!” Now I’ve made 2 ﬁlms inspired by Tomb Raider (starting on the third) and I’ve never looked back! Anyway, I’ll stop waﬄing and get back to “Ascension”. Hot on the heels of the release of “Tears of the Dragon”, Reynolds decided he wanted to create his own Tomb Raider story, following working with Anna Tyrie on another project in which she played a strong Lara Croft-like character.

Already a professional ﬁlmmaker, Reynolds gathered together a team of people he knew in the industry and shot “Ascension” in just 7 days with a budget of £10,000. There are many impressive things about this ﬁlm such as managing to hire out a stately home and a plane! However, my favourite thing about “Ascension” is Lara’s character. Serving as an origin story for classic Lara, we ﬁrst meet her as she returns home from 4 years with the British army. During which time her Father went missing. Reynolds has since opened up on social media about his struggle with depression and I believe that gave authenticity to the way he wrote Lara’s character, having her struggle with her own mental health ever since surviving the plane crash that took her Mother’s life. This was 7 years before the reboot of the franchise and we’d never seen her in this light before. There are no monsters to face in this ﬁlm. The main battle is with her mind. To me, this made her a much stronger character which Tyrie portrayed wonderfully in her ﬁrst outing as Lara! (Original version)