We asked fans to put their puzzle solving skills to test for more classic Croft trivia. Check out our custom Tomb Raider II crossword puzzle below. Can you answer them all?

Answers to the puzzle are also posted below, but try to solve them yourself first! 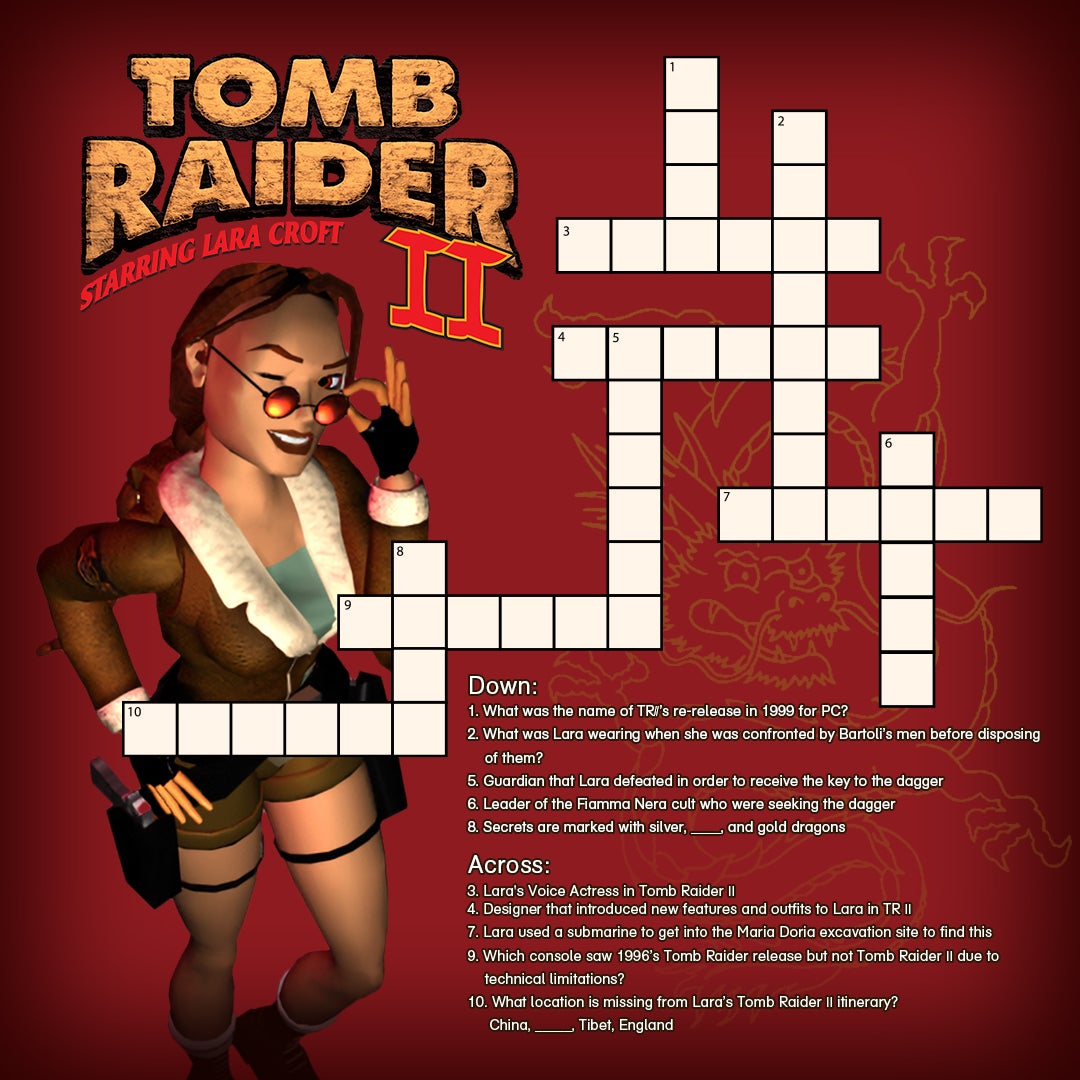 DOWN:
1) What was the name of TRII's re-release in 1999 for PC?
2) What was Lara wearing when she was confronted by Bartoli's men before disposing of them?
5) Guardian that Lara defeated in order to receive the key to the dagger
6) Leader of the Fiamma Nera cult who were seeking the dagger
8) Secrets are marked with silver, ____, and gold dragons
ACROSS:
3) Lara's Voice Actress in Tomb Raider II
4) Designer that introduced new features and outfits to Lara in TRII
7) Lara used a submarine to get into the Maria Doria excavation site to find this
9) Which console saw 1996's Tomb Raider release but not Tomb Raider II due to technical limitations?
10) What location is missing from Lara's Tomb Raider II itinerary? China, ______, Tibet, England

Check out the answers below! 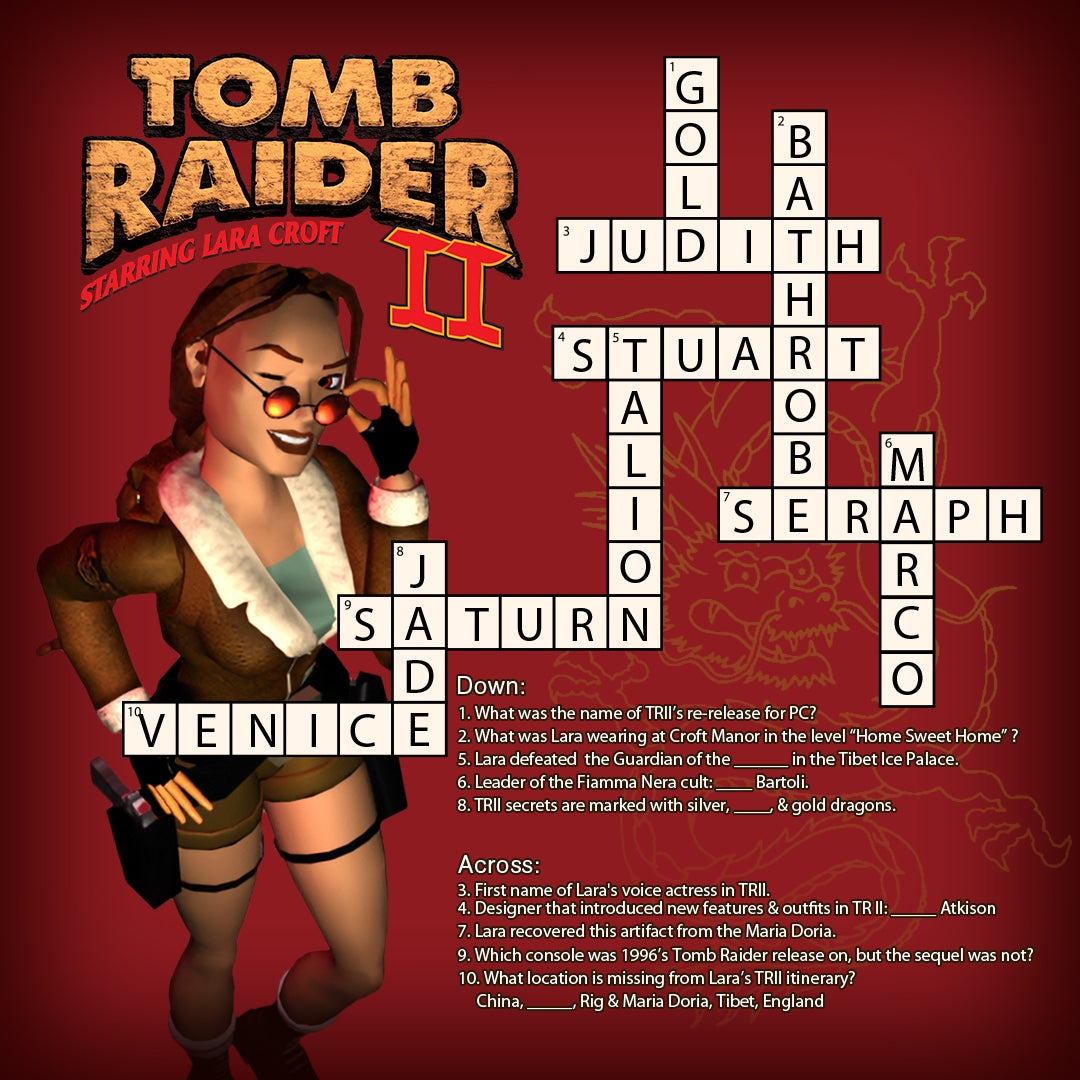