Passport to Adventure – our series highlighting bold women who defied expectations throughout history – returns in a new format just in time to raise awareness for #worldrefugeeday.

Our friends over at the International Rescue Committee work daily to raise funds and awareness for displaced people around the world. An important part of that work is combating labels and giving voice to refugees. Stories told by refugees illustrate that they are multi-dimensional human beings not defined by their displacement.

Hedy Lamarr is an example of just that – a remarkable and complex woman who brought much more to the world than she carried in her bags as an Austrian refugee. 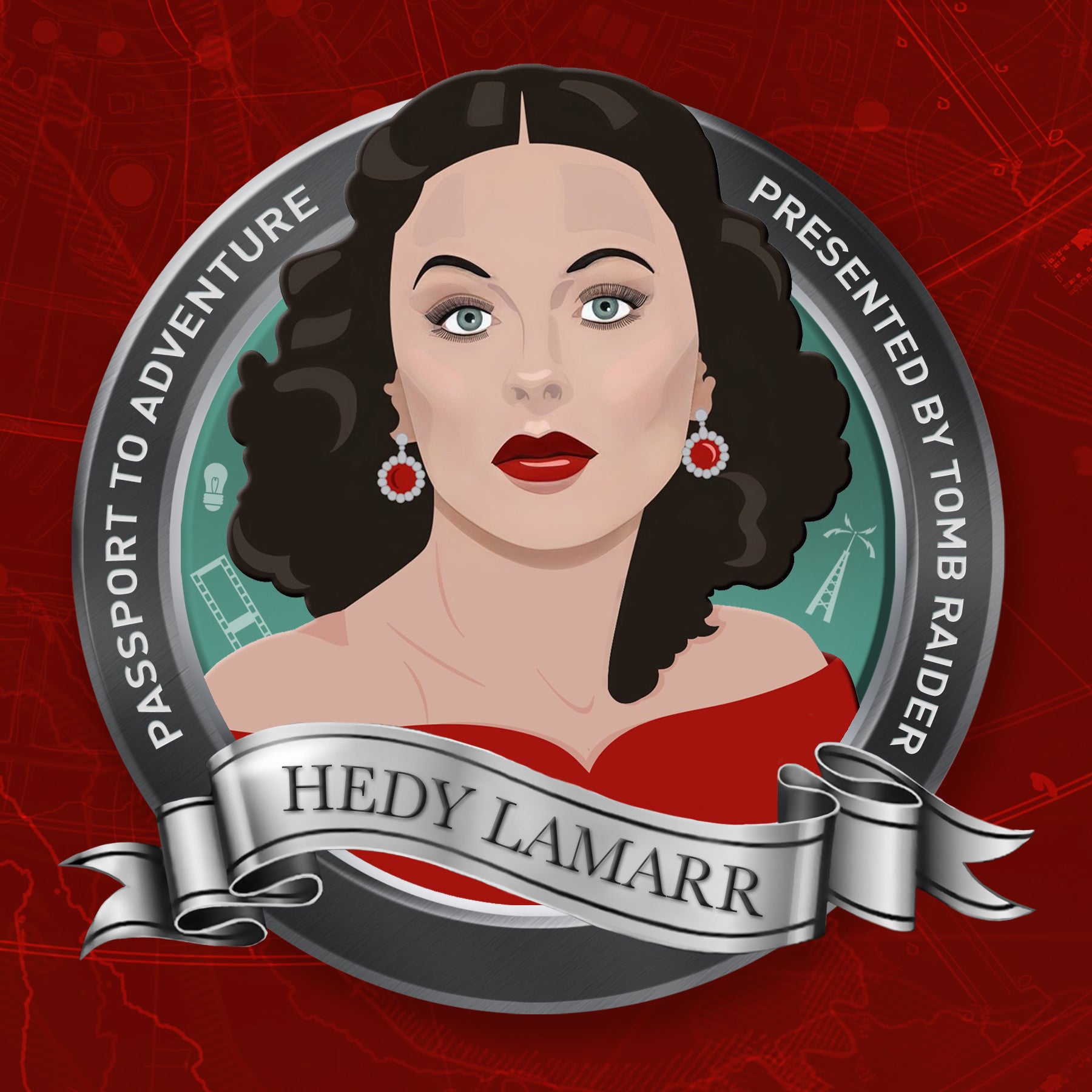 Known as one of Hollywood’s greatest movie stars of all time, Hedy Lamarr was also an inventor who changed technology forever. Born in Austria in 1914 to parents of Jewish decent, Hedy took an interest in acting on the stage and film at a young age, and quickly achieved notoriety for her work.

Lamarr married one of her most persistent suiters at the age of 18 – an Austrian arms merchant and munitions manufacturer. Through his work with the military she was exposed to scientists and technologists, and an interest in applied sciences she harbored since childhood began to blossom. His work had close ties to fascist leaders in Italy and Germany, however, and at the age of 23 Lamarr fled Austria for Paris under disguise. Shortly after she traveled to London and eventually to the United States after meeting the Head of MGM, who was in Europe scouting for talent.

In Hollywood Lamarr was billed as the “world’s most beautiful woman” and though her career skyrocketed, she was often typecast into glamorous roles with an imbalance of seductive screentime over spoken lines. On a personal front Lamarr was known for being private and withdrawn, forgoing raucous parties for contemplative dinners with kindred spirits. This included aviation tycoon Howard Hughes, with whom Lamarr openly shared suggestions on how to improve and streamline the design of his aircraft fleet.

Hughes gave her access to his arsenal of equipment and engineers, and in her spare time Lamarr would tinker – working to improve traffic light systems or experimenting with a tablet that would turn water into a carbonated drink for easier wartime consumption. (The latter didn’t work out – Lamarr lamented the product tasted terrible.)

It was World War II that pushed Lamarr’s hobby into new territory. As told in Hedy's Folly: The Life and Breakthrough Inventions of Hedy Lamarr by Richard Rhodes, “Hedy said that she did not feel very comfortable, sitting there in Hollywood and making lots of money when things were in such a state. She said that she knew a good deal about munitions and various secret weapons, and that she was thinking seriously of quitting MGM and going to Washington, DC, to offer her services to the newly established Inventors' Council.”

While reading up on bleeding-edge WWII technology, Lamarr learned that radio-controlled torpedoes could be jammed remotely. Brainstorming potential workarounds to this glaring disadvantage, she questioned if the signal could frequency-hop so to avoid interruption all together. In partnership with her friend and composer George Antheil, they developed a device inspired by a player piano, and went on to patent their designs for a frequency-hopping system.

While their invention was granted a patent, the complexity of integrating it into existing technology and an aversion to integrating civilian inventions into military technology resulted in it laying dormant. It wasn’t until the 1960s that the concept was first used, after the Lamarr-Antheil device patent expired.

While neither Lamarr nor Antheil’s work was recognized fully for decades, it was later acknowledged that their invention was a forerunner to the idea of “spread-spectrum” communications, which is foundational to Bluetooth, GPS, and cellphone networks.

Lamarr is a rarity who was awarded both a star on the Hollywood Walk of Fame, and posthumously inducted into the National Inventor’s Hall of fame. She is a phenomenal example of the World Refugee Day theme “We Bring More than we Carry”.

With more than 100 million people displaced across the globe on multiple fronts such as Ukraine, Afghanistan, Yemen, Syria and Ethiopia, the work done by the International Rescue Committee is more important than ever.

Follow them on social for stories through the week that highlight what refugees bring to their new homes: hopes and dreams, experiences and talents, traditions and family stories, and resilience and determination.

You can also donate to the IRC’s humanitarian efforts here.