Alicia Vikander will be returning to her role as the Tomb Raider on the silver screen, and we couldn’t be more excited about it. Or so we thought.

News recently broke that the super-talented Misha Green will be joining up with MGM to take lead as writer and director on the next film. Misha is best known for her horror/drama series Lovecraft Country and we can only imagine what great things she’ll bring to Tomb Raider! 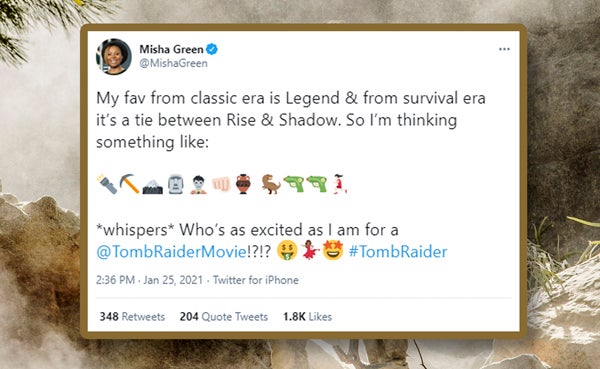 The sequel is looking bright and we’ll be sure to share any news and updates as soon as we get them!