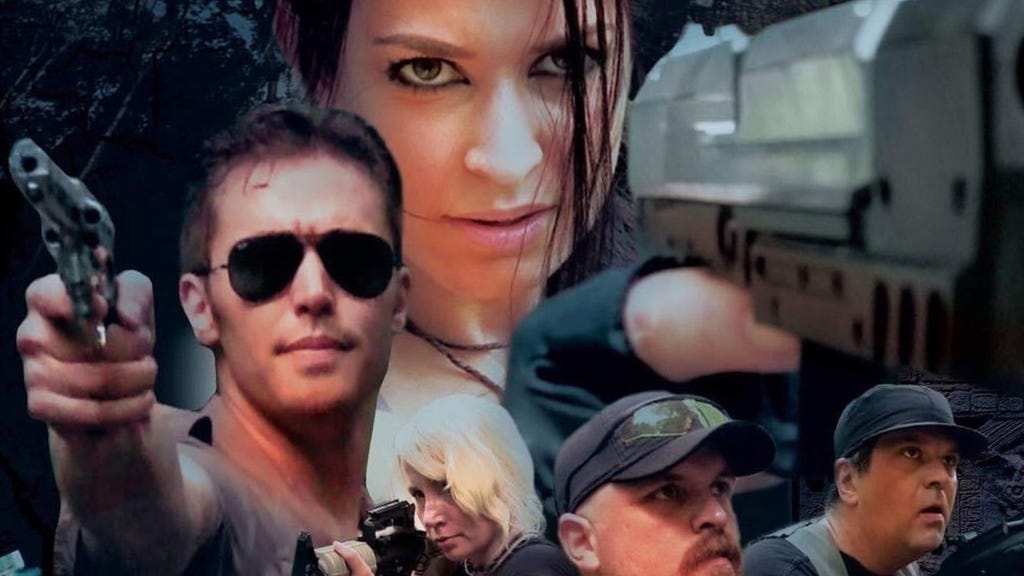 In “Shadow of the Tomb Raider”, we meet Lara in Mexico, the strongest she’s ever been, after  spending the last couple years taking down the Trinity organisation one cell at a time. In a desperate attempt to stop them from gaining a powerful artefact, she takes it from its resting  place in a Maya Tomb and inadvertently triggers the apocalypse. She races against time to fix her mistakes and save the world.

Enjoy these short films inspired by the final chapter in Lara’s origin story.

Cozumel, Mexico, Day of the Dead and there is one person not taking part in the celebrations. I really love the introduction to this episode! The use of what I presume is stock footage of a Day  of the Dead festival lends a lot of weight to it and feels like something you would see on Netflix. It’s also a good way to get around filming during a pandemic. Great work and I’ll look forward to seeing part 2!

“2PlayerGame” (US)  Written and directed by Dan Hasegawa.
Starring Tara Cash as Lara Croft and Emory Cash as Nathan Drake.

Lara teams up with a fellow adventurer to stop Trinity forces. Great visuals and editing in this concept trailer! Both characters are on point played by husband  and wife cosplay team “2PlayerGame”! I’d definitely watch a full web series or film of this! Who doesn’t love crossovers?

“Croft: Legend of the Tomb Raider” (US)
Written and directed by Josh Mason.
Starring Sara Freites as Lara Croft.

To end our series of fan film features, here’s a taste of what the future of the franchise could look like with a twin pistol wielding reboot Lara portrayed by actress/cosplayer, Sara Freites, in the first of Mason’s Tomb Raider film series. The second, “Power of Atlantis” was released in August and  the third, “Tomb Raider: Apocalypse” is set to start shooting soon. One thing that is clear in Mason’s work is that he always makes the very best of the tools he has  at his disposal despite only having a small budget. That and heaps of passion! Those are the best  kinds of films to be involved with and I always look forward to seeing what comes next!

I’d just like to sign off by saying thank you to Meagan and Neha, our community captains, for  asking me to do these blogs and for everything else they’ve been doing behind the scenes! Organising year long celebrations is not an easy task, especially during a pandemic when you’re  mostly working from home. We really appreciate it!

Also, thank you to all the fans and filmmakers for continuing to create and share their own stories  for Lara. It has been really inspiring watching everyone’s amazing work and I’ve really enjoyed spotlighting  them for more people to see. If anyone is interested in following me and my projects, you can find me on Facebook, Instagram and Twitter