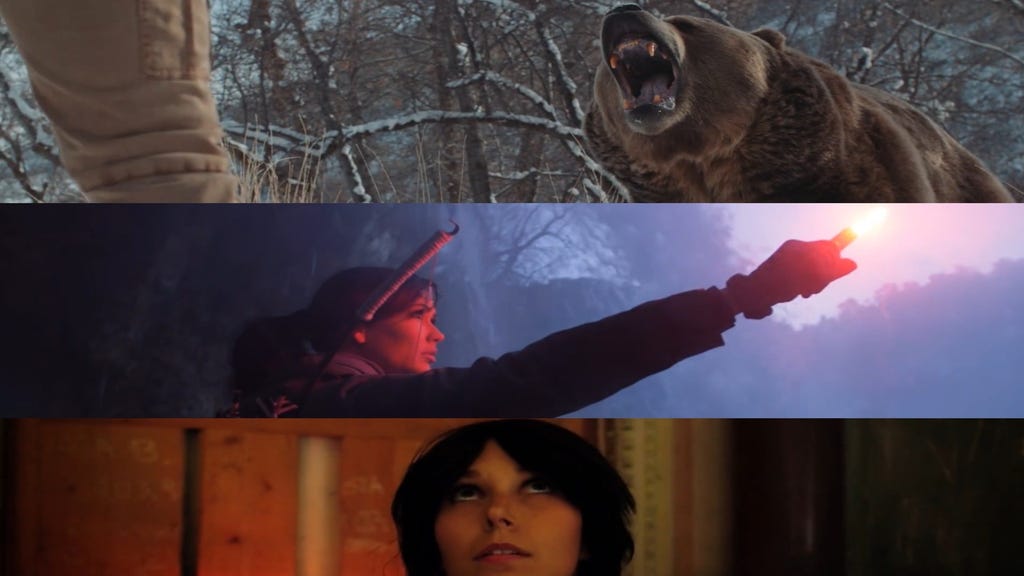 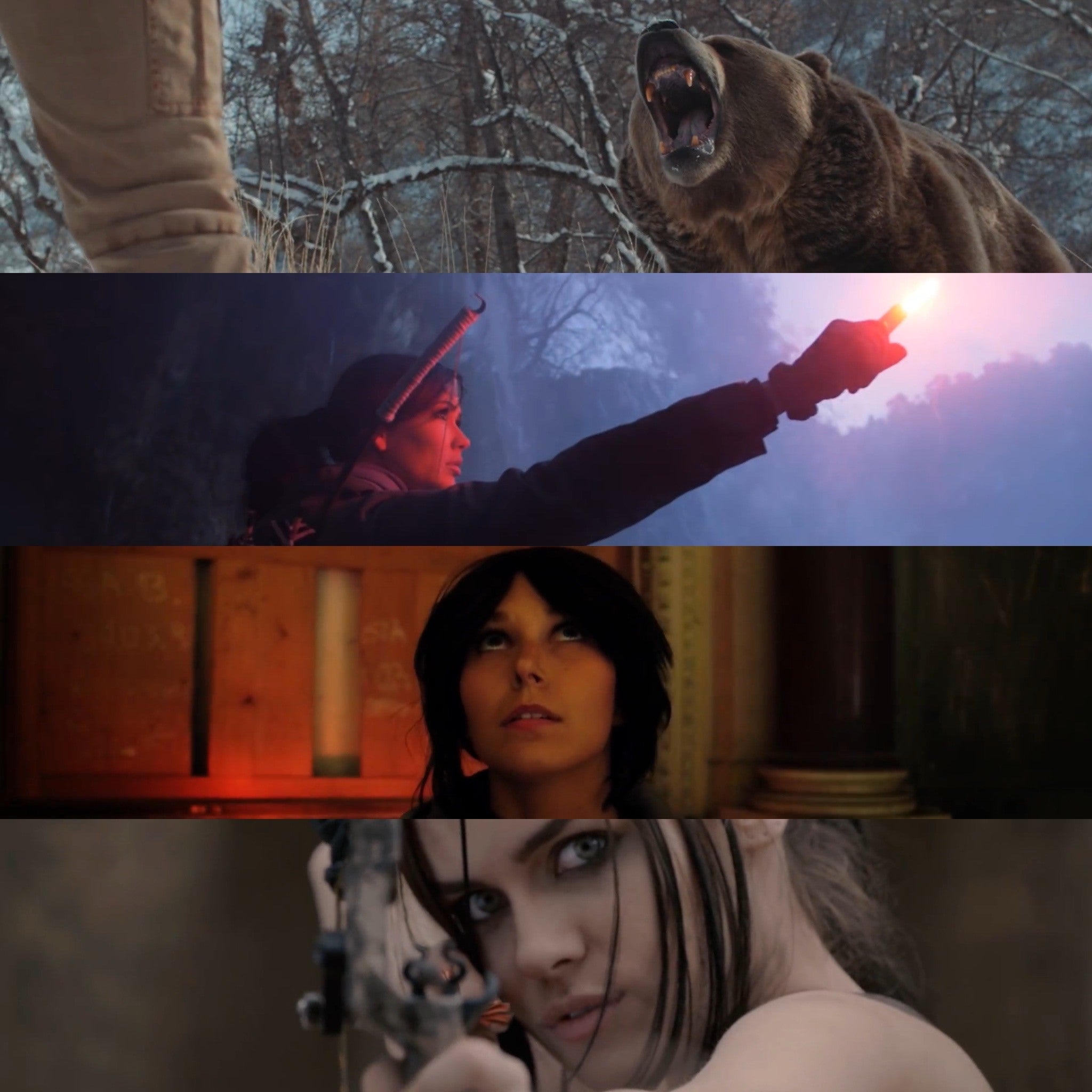 In “Rise of the Tomb Raider”, we meet Lara two years after the events of “Tomb Raider” (2013). She is hardened and haunted by her experiences on Yamatai as she ventures in search of her own  answers to what she saw, determined to redeem her family’s name.

“Rise of the Tomb Raider - Live Action Trailer” (US)
Written and directed by Boston McConnaughey.
Starring Renny Grimes as Lara Croft and Tank the Bear.

The team at Freakin’ Rad (AKA “Indie Film School”) are known for creating ambitious action  videos and this was no different!
As well as some heart stopping stunts performed by action actress Renny Grimes and the “CBR  Stunt” team, the trailer boasts some incredible locations the state of Utah has to offer!
We see Lara climbing the stunning “Stairway to Heaven” in Provo Canyon and exploring the manmade “Midway Ice Castles”.
We also can’t go without mentioning the (really quite friendly) bear, Tank, who stole the spotlight  with his cameo!

“Tomb Raider: Relic of Time follows Lara Croft as she explores ancient ruins around the world in  the hopes of finding a powerful artefact which grants its beholder control of the flow of time.  Finding the Relic of Time is the only chance for Lara to reverse the airplane accident that tragically  killed her father, but the hardships she has to overcome, including a ruthless organisation called  Trinity, will force Lara to face her deepest fears, unleash her inner warrior, and BECOME THE  TOMB RAIDER.”

A concept trailer of epic proportions from Pitela! Stunning imagery and VFX with a great  performance from actress/official US Lara Croft cosplay ambassador, Tahnee Harrison, in the title role!

An excellent shot by shot recreation of the “Blood Ties”/“Lara’s Nightmare” DLC announcement  trailer! The dark and foreboding atmosphere is captured really well with a perfectly chosen  location for the derelict manor!

You know that feeling when you perfectly line up your aim and it gets ruined by an unwanted bad  guy or in this case several? Yep, we’ve all been there! Fury Fingers are masters of geeky action comedies and with such serious tones to “Rise of the  Tomb Raider” and the other games in the rebooted trilogy, it’s refreshing to see a more fun take on it!